I found myself, for the nth time, looking for the links to poems I wrote around a man.

When I was about twelve, a teacher read us David Kossoff‘s Book of Witnesses. I loved it because it gave imagined humanity to dry biblical figures. Who doesn’t love a story? That was one of the joys of my history degree: imagining the people I read and write about. I especially loved the triangle of wild Henry II, cautious Gilbert Foliot and the incredibly irritating Thomas Beckett. Or the tragic clash between Holy Roman Emperor Frederick II and Pope Innocent III. Or comparing the odious Oswald Mosley to the overweeningly ambitious David Owen. No wonder Shakespeare looted Holinshed for every bit of Tudor propaganda: History is gripping! 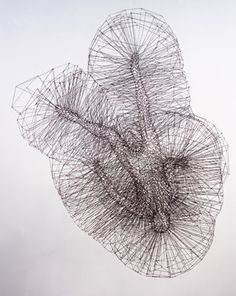 After visiting Antony Gormley’s Event Horizon exhibition at the Hayward gallery, and seeing sculptures like this, I started thinking. He challenges us with questions. How about talking about the body as an energy center, not as a statue? Is there a way to go beyond the horizon? Can we use a body as an empty catalyst for a kind of empathy with the experience of space time? Gormley’s wire sculptures reveal the figure through a wild tangle of wire around an empty space.

The tomb is empty, Jesus has gone, but the stories remain and are retold, time and again. I wanted to create tangles of feeling, image and thought around that empty space, just as Kossoff had done. And the story of a man who could provoke such love and hatred had to be a good one. I used to think he was divine; I no longer do so. I would like to imagine that he represents consummate man: certainly, he has come to bear enormous symbolic significance for countless Christians. Forget the cross: that crushing metaphorical weight would have finished him off.

I wrote Judas first, at a time when I was in despair. I’ve long liked Judas and believed that despair was his chief failing. He did what his conscience, his extremist cause and Christ (there for its alliterative pleasure, not for any religious reason) dictated. Judas should have retired and had a family; instead, he killed himself.

I wrote Mary Magdalene next. This came from three perspectives: Jesus as the object of physical desire; Mary as a human capable of intense feeling and the salted wound of loss; and a female figure onto whom every generation scrawls some (usually misogynist) graffiti. I like to think she loved Jesus and that he, being entirely human, had a physical relationship with her. Pure conjecture. My friend and one-time tutor, Professor Anthony Bale, told me about the physical, almost sexual fixation that some medieval believers had for Jesus, how they would kiss and caress his wounds – rather, their wooden and plaster facsimiles. I had at that stage only read the first three and the last chapters of Ulysses (with the help of my friend Toby Brothers and the comradeship of her literary salon, I’ve now completed it). Molly Bloom‘s post-coital soliloquy has always struck me as such a powerful text. It resists being pinned down and yet each reader can give it our own punctuation, read it in our own voice. Arrogantly, I copied Joyce’s tricks…

…and Mary, mother of Jesus

Mary, Jesus’s mother, came from my heart. I love my daughter so intensely that the thought of her predeceasing me fills me with panic. It always has done (what a morbid imagination!) and now that she drives, I worry even more. So I placed myself in Mary’s body and mind. With her dead son.  After he’d been tortured to death. Almost unbearable, which is why it came out so short and austere. Anything more felt wordy and self-indulgent. I saw Fiona Shaw perform Colm Tóibín’s The Testament of Mary and was transfixed (what an apt word). He managed to maintain that unrelenting austerity of tone for hours: a literary magician. I was pleased that I’d managed to write my brief poem long before Tóibín had written his play as I’d never have bothered after seeing it.

I picked Peter first, though his voice came to me last. Infuriating, hot-headed, hypocritical, passionate, prone to saying stupid things: I felt most affinity with him. When he did eventually come, I saw him beside the fire, lying his arse off. So human. I had some fun with textual analysis and concordance, using the gospel writers’ words as a framework, discipline for my sloppy lines. Peter lived long enough to give himself a place in history, though he would have laughed his head off at the pomp he engendered, or cried bitterly at the millions who have suffered with the blessing of his ‘successors’. Peter’s story seems to unite all the others, so I devised the poem with hyperlinks to the other three. They appear in separate posts but can be read through this one.

Oh, those dot, dot, dots made me think of music and space. I like John Cage’s 4’33, the musical equivalent of a Quaker meeting for worship, full of meaning. We wrap our own meaning around this space, but we can also let it talk to us.

I also really like Nils Frahm’s response to 4’33, which I think is far from a joke and which brings me back to the stillness of Cage’s piece every time I listen to it.