I find this difficult to write.

I can’t easily discuss low points, just because. I am proud of three things: that I stood up for my colleagues’ economic welfare, that I took a principled stand on my pupils’ wellbeing and, despite a voice in my head saying “Why would they ever want a nobody like you?” became a trustee of the College of Teaching.

Five years after I made my decision to enter teaching, I sometimes wonder if I have sabotaged my own career. I’m very spiky – most of the time manically happy and collaborative, but sometimes in despair and extremely cynical. I try to keep these latter moments to myself. That’s when the black dog appears in my Twitter feed. I try to keep my eye on the highlights, my heroes and the horizon.

See you on the other side x 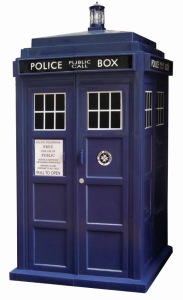 Back in 1993, I remember Charles Handy, then professor at London Business School, and author of Understanding Organisations, saying, “I was once arrogant enough to believe I could understand organisations.” He was addressing a roomful of people with MBAs, veritable masters of business (I was an interloper, a guest).

This was one of the reasons I chose to read English at Birkbeck as a mature student, rather than pursue a Master’s degree in Organisational Behaviour. Stories made more sense to me.

So in lieu of understanding, I am going to offer a story.

Twenty years ago, I became involved in a number of assignments to help an organisation assure itself of the quality – and safety – of its projects.

The chief executive of this organisation had, in his words, “the keys of the jail rattled at him” after a fatality on a project. Safety, always highly valued, was given an even higher priority.

Over some years, we focused on three aspects: process, organisation and people.

We took a suite (ie three binders) of impenetrable and often  contradictory procedures for managing projects and tried to create an easily understood statement of what had to be done (by who and when). We remarked that the one thing that seemed to be missing from the procedures was management. There was lots on planning, evaluating, reporting, learning lessons and, er, reporting on the lessons learnt. And, of course, there were increasingly complex and powerful IT systems to support and report (all of which required intensive feeding. In fact, the beasts required so much attention that there was little time to do anything  else.)

But management was, by and large, missing.

We produced some pretty brilliant procedures, backed up with great guidance and topped with a very short overview document, in a leather pocketbook. It really was good, though I say so myself. But it was still a steaming pile of proverbial because it didn’t fundamentally address management.

We advised on countless, endless attempts to fiddle about with the structure of the organisation (and I bore myself even thinking of the pretty PowerPoint charts that promised to ‘streamline accountability’ and ‘optimise control’). Suffice it to say, I wince when I see similar organograms elsewhere. They may support; they never solve.

“Ah,” you might say, “now we’re looking at the right aspect.” It’s who turns up that matters. So we helped to develop and implement a means of ensuring that the people who were managing projects were competent. Quite rightly, the client saw that this was important.

Project managers presented their portfolios to show they had the requisite education, experience and qualifications. They sat three tests to show that they had the necessary contextual and generic skills, knowledge and understanding for the role. And they were interviewed by senior managers.

I assessed hundreds of them. Some were brilliant – either on paper, in person or by reputation. Many were mediocre. The process weeded out the weakest: some received training; others weren’t used again.

I had some faith in this approach, partly because I’d waded through the portfolios, partly because I’d helped to set, run and mark the assessments and partly because I knew and trusted the wily old dog who interviewed many of them. He hated the ‘treacle layer’ of assurers and checkers who constantly scrutinised and challenged his project managers. And he was as interested – in fact more interested – in hearing about interviewees’ catastrophes than their triumphs. No true project manager has had a failure-free career; what’s most important is how how we dealt with it and what we learnt from it.

Despite all this, project outcomes were little better. Two reasons come to mind.

Firstly, the organisation’s strategy was subject to such violent political storms that its direction, structure and very existence were in continual flux, and its directors either couldn’t or wouldn’t adequately protect its people from debilitating uncertainty. But people can cope with that if they’re equipped for it.

Secondly, and I think critically, the organisation’s culture, the environment in which its project managers had to work, undermined their effectiveness. It undervalued them (they’d get better pay elsewhere and they weren’t on the golden career ladder). It naturally suspected them (tests, ‘assurance gates’ and prescriptive procedures don’t generate much of a sense of agency, empowerment or true accountability). It constantly tinkered with their roles and structure. And, perhaps most difficult to pin down, it didn’t give a coherent message to project managers that they were professionals who were expected, and could be trusted, to manage their projects to deliver the best outcomes.

I don’t think there was an easy answer. But time and again our clients, and their masters, weren’t even responding to the right exam questions.

My last piece of consulting was for this particular client. I enraged one of the directors by observing that it was as if I had stepped out of the Tardis and found myself back in time, almost twenty years before. Nothing seemed to have changed (though it appeared that everything had). They were having the same arguments and making the same mistakes.

Our advice, at the outset and almost twenty years later, was that you can’t address the elements of an organisation, its people, processes, strategy or environment in isolation: all need to be directed towards what you are trying to achieve. That was the corporate – and correct – message.

My own belief is that bright, experienced, valued and empowered professionals can fight their way out of most stupid situations. Better still, adequately rewarded, well directed and trusted, they can usually be relied on to do a brilliant job.

Of managing projects, mind you.  This is, after all, just a story.